A Vermont elder law attorney knows that seniors are often victims of fraud. Scammers know that seniors tend to be a vulnerable group, so they often target the elderly in a wide variety of different types of schemes. An attorney can provide guidance to seniors on things like investment and financial decisions so they can reduce the chance of falling victim to different kinds of scams that target older people. 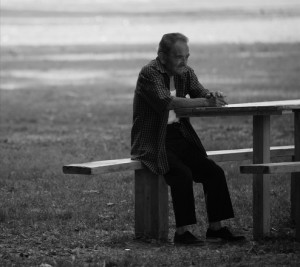 VT Digger also announced recently that there are new efforts underway to help fight fraud impacting seniors within the state. These new initiatives will hopefully make a difference in reducing the chances that local seniors will become victims of fraud crimes.

According to VT Digger: “elder financial abuse has been termed the “Crime of the 21st Century.’” Among those ages 65 and older, one in five seniors has been victimized by some kind of financial fraud. Substantial losses occur due to various types of fraudulent behavior. In fact, the total amount lost due to financial fraud and abuse perpetrated against seniors 65 and up is approximately $2.9 billion each year.

Seniors are big targets of scammers both because they tend to be seen as vulnerable and susceptible to scams due to age and also because seniors tend to have more money available than younger groups. Many seniors have saved a lot of money to prepare for retirement, and scam artists want to get their hands on big retirement nest eggs that seniors have set aside to try to be financially secure.

The Vermont Department of Financial Regulation (DFR) is aiming to protect local seniors in order to reduce the risk that elderly men and women throughout the state of Vermont will suffer financial losses. Taking action is especially important because there are a lot of seniors in Vermont. The state has the second oldest median age of state residents of any state in the United States. Just over 21 percent of the population in Vermont is 60 or older already, and the population of seniors 60 and older is expanding faster than any other demographic group within Vermont.

The DFR Commissioner announced that the Department launched its new fraud-fighting efforts during National Senior$afe Training Week, which took place from October 2- October 8, 2016. DFR believes that providing more education is one of the keys to fighting fraud. As a result, its efforts to help seniors fight fraud included launching many new resources which aim to raise awareness of issues related to scams targeting the elderly. Also part of the DFR’s plans: establishing procedures designed to facilitate the reporting of potential financial abuse that a senior in Vermont might be experiencing.

The Commissioner of the Vermont Department of Financial Regulation, Michael S. Pieciak, believes that “educational outreach” is essential to fraud fighting because education initiatives can help Vermont seniors to develop the “financial literacy” that they need to recognize any type of fraud scam that a criminal may try to perpetrate.

The Department of Financial Regulation not only wants to train seniors to better recognize signs of financial fraud, but also wants to provide better training to those who seniors may turn to for advice, as well as to expand the types of financial professionals who receive training. For example, DFR wants to provide enhanced training for broker-dealers and investment advisors, and wants to start offering trainings to tellers at banks and credit unions throughout the state of Vermont.

Finally, DFR has announced the creation of a new elder abuse response team that is dedicated to quickly responding to suspected abuse with an intensive investigation.The response team will coordinate with partner agencies and assist in taking any necessary legal action in cases of elder financial abuse.

Getting Help from A Vermont Elder Law Attorney

Seniors should talk with a Vermont elder law attorney about ways that they can protect assets and make smart investment choices. Unsworth LaPlante, PLLC offers comprehensive assistance to people of all ages in mitigating risks and making smart financial choices. To find out more about how a Vermont elder law attorney can provide assistance to you in keeping your wealth safe and fighting fraud, give us a call at (802) 879-7133 or contact us online today. You can also join us for a free seminar to find out more about what we can do for you.