Unsworth LaPlante is open for in-person meetings! We have taken precautions in our office to ensure the safety and well-being of our clients and staff. To learn more about how Unsworth LaPlante is helping people through the COVID-19 pandemic, click here.
Home » Changes Ahead for VA Aid & Attendance Benefits? 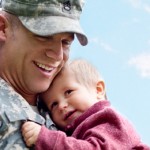 Never let it be said that our lawmakers have no capacity of time management, especially when it comes to getting bills passed into law. There aren’t many veterans and their families who take advantage of the Aid and Attendance benefits that are part of the Department of Veterans Affairs, but those who do say it’s crucial to ensuring their quality of life. Unfortunately, there could be problems ahead for the means tested program.

Several years ago, there were concerns over the potential of abuse with this benefit. While there were never definitive accusations, some expressed their belief that potential vulnerabilities could wreak havoc in the near future. To bypass those potential problems, the Senate introduced a bill that would put into place a three year look back period, much like the current five year look back period associated with Medicaid recipients.

The Slow Dance Through Congress

That was in 2012. The bill meandered back and forth, but really didn’t get far at all. So, another bill was introduced last year, but this time, it was introduced in the House. The wording is nearly identical, but it now appears the potential is in place for it to become law; so much so that it made through the House in record time – and with a near-unanimous passage of 404 to 1. It’s now with the Senate and many are saying it will likely move quickly and actually be passed into law before the year ends.

But what exactly can veterans and their families expect in terms of changes in their VA aid and attendance benefits?

There are some who say these changes will benefit those who are eligible for the program because of an improved claims processing channel. In fact, promises are already being made that the massive backlog will finally move forward, despite the fact that this isn’t a program that most veterans even apply for. The new law would require applications to be processed in their entirety no later than 125 days after the date the application was filed.

It will also put into place an online system that allows applicants to check the status of their application and claims compensation. This, they say, will eliminate the frustrations associated with long wait times on the telephone.

There is also specific language, that reads in part, “If a veteran eligible for a pension for service or for a non-service-connected disability, or the spouse of such veteran, disposes of a resource that was part of such veteran’s estate for less than its fair market value within three years before applying for such pension, the Secretary shall deny or discontinue the pension payment for months beginning on the date of such disposition and ending when the uncompensated value of such resource is reached.”

If it feels as though some pretentious soul authored this, you’re not alone. It’s difficult to decipher, but for the most part, it means the three year look back period will be a hallmark of the program.

So what does this mean for you and your family if and when it becomes law? There’s still a lot that hasn’t been released, but our team of elder law attorneys are monitoring the goings-on and if we can help with your own efforts of securing VA benefits, Medicaid or Medicare, we invite you contact our office today.