Unsworth LaPlante offices will be open remotely during the COVID-19 Pandemic. We will be meeting with clients via phone or video chat during that time. We will be regularly checking phone and e-mail messages. You may also sign up for remote webinars on our seminar page. Thank you for your understanding. Feel free to reach out to anyone on our team if you have questions. Click this banner to learn more about how Unsworth LaPlante is helping people through the Covid-19 pandemic.
Home » Archives for Geoffrey Rafalik 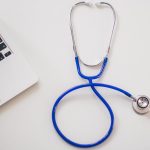 Many people assume that estate planning is a purely financial endeavor. You state your wishes with regard to how you want your assets to be transferred through the terms of a will or trust, and that’s the end of the story. This is actually an incomplete understanding. Yes, the facilitation of asset transfers will be at the core of the process, but you should also address eventualities that you may face at the end of your life. Admittedly, no one is especially anxious to consider these … END_OF_DOCUMENT_TOKEN_TO_BE_REPLACED 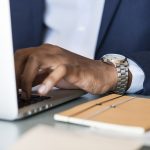 You should consider the finer details when you are engaged in the process of estate planning, but unfortunately, some of them are often overlooked. In this post, we will look a little bit beneath the surface to provide some insight. Life Insurance Life insurance is going to be a part of most estate plans. It can serve as a safety net that will provide income replacement for your loved ones if you were to pass away before your time. It is important to evaluate your family’s financial … END_OF_DOCUMENT_TOKEN_TO_BE_REPLACED 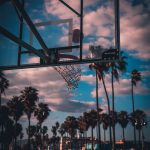 On January 26th, shocking news came out of Calabasas, California. Basketball great Kobe Bryant, who was just 41 years of age, died in a helicopter crash along with his 13-year-old daughter Gianna. Seven other people passed away along with them, and they were all minors or relatively young adults. There is nothing that can be stated about this tragedy that has not already been acknowledged in a general sense. However, from an estate planning perspective, it points out the importance of … END_OF_DOCUMENT_TOKEN_TO_BE_REPLACED 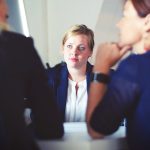 As elder law attorneys, we speak with a lot of people that are interested in learning about the eventualities of aging from a legal and financial standpoint. This gives us a unique perspective, because we know exactly what most folks are thinking about. With this in mind, we will share a hypothetical conversation between one of our attorneys and an inquisitive client. What specific matters do elder law attorneys address? Elder financial abuse is one of the issues that you should consider when … END_OF_DOCUMENT_TOKEN_TO_BE_REPLACED 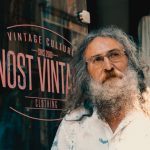 Small business owners face certain estate planning challenges, and this can be particularly true when there is a partnership. What would take place if one business partner was to pass away? There is a widely embraced business succession solution that is often utilized when this type of scenario exists. Let’s look at the details. Buy-Sell Agreements Let’s explain by way of example. Suppose you are one of three small business partners. Your business is thriving, and the share that is owned by … END_OF_DOCUMENT_TOKEN_TO_BE_REPLACED 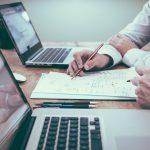 You should work with a licensed estate planning attorney to help you prepare your plan for a number of different reasons. One of them is the simple fact that there are many different ways to go about it, and the right choice will depend upon the circumstances. If you are not aware of all the options that exist and the reasons why one asset transfer method may be preferable to another under, you can make mistakes. While you will not be around to see the outcome, your loved ones will be forced … END_OF_DOCUMENT_TOKEN_TO_BE_REPLACED 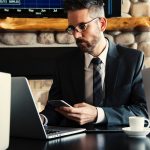 People can sometimes become cynical and question why they need the assistance of experts. You can just go online and learn how to do anything you need to do for yourself, right? This is the information age, so we are no longer at the mercy of those who have gained professional expertise. The above may be true when it comes to something like making simple household improvements. However, there are many things that you should not try to do for yourself, and estate planning is one of them. As … END_OF_DOCUMENT_TOKEN_TO_BE_REPLACED 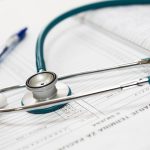 If you are going to qualify for Medicare as a source of health insurance when you reach the age of 65, you may have no interest in Medicaid. Why should you care about a health insurance program for people with very sparse financial resources when you will have assets and Medicare coverage? This is a very good question, and we have to convey some bad news to deliver the answer. Medicare will cover convalescent care after surgery or an injury when recovery is anticipated at some point. … END_OF_DOCUMENT_TOKEN_TO_BE_REPLACED 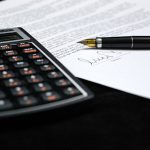 You should definitely sit down and have a meaningful conversation with an estate planning attorney when you are devising your inheritance plan. There is no one-size-fits-all strategy, and as a layperson, why would you know how to proceed given your unique set of circumstances? There are strategies to suit every situation, so your estate plan should be custom crafted to optimally provide for all of the people that you love. With this in mind, we will look at inheritance planning for folks with … END_OF_DOCUMENT_TOKEN_TO_BE_REPLACED 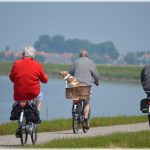 Before we get to the question that serves as the title of this post, we have to provide some background information for the uninitiated. You may wonder why Medicaid is relevant to senior citizens when most elders will qualify for Medicare. It is true that both programs are government run health insurance programs, and they do cover many of the same things. There is however a huge difference that will explain a lot. Medicare will not pay for custodial care. This is the type of care that you … END_OF_DOCUMENT_TOKEN_TO_BE_REPLACED